Elevate Your Soul and See The True Essence of Creation

What will come to most of you to understand is that a lot of you have not understood the power, the strength and essence of the creation of your own physicality. A lot of you talk about it so casually that is one of the biggest fear I have. Soon you will miss the train. You are so attracted to the big that what is the creation of itself you miss. In most of my teachings very casually you refer to it and you walk away from it without understanding it. Without, in a way, comprehend what it can do for you, what it can do to you.

It has become something that is the habit of man kind looking for the big thing that the thing which is the essence of a whole big thing has been overlooked.

What is important in most of the work you do many of you, majority of you think about it and walk away from it because to you is something that belongs to planet Zeus, nothing to do with you. But from now on, if you are in a path to elevate your soul, you have to, you have no choice, it is part of what you have ignored.

In the essence of its creation is the soul of the man and none of you understood. None you have come to comprehend its potential and its power.

But what is the amino acid? It is the essence of you as a creation. And how can your soul memorize what was here (Figure 1. GANS), that you actually forgot what we were teaching here (Figure 1. Amino Acid)? Many of you, when we asked and we talked about the soul of the man or a certain element you go to the periodic table and I just laugh and say these people are missing it.

You have got to understand you were too busy to see big amount of GANSes and you missed the little boy who can show you the way out. Many of you have developed technologies and mixed everything else and this is the soul of the man, is it my soul? And I say ‘they don't understand’. And I promise you 99% of you from tomorrow only work on the amino acid because you want to get to your soul. But understand how you do it.

Understand what is the reason of it. Now that you have become peaceful creatures we can show you peaceful ways of the truth about the knowledge.

Do you need GANS of CO2? Do we need GANS water, plasma water of CO2. Then I play the game because this is what you want to be.

We had to keep you busy until we achieve our peace call. Now throughout the understanding of the amino acid and its rays are taking you to see your Creator. 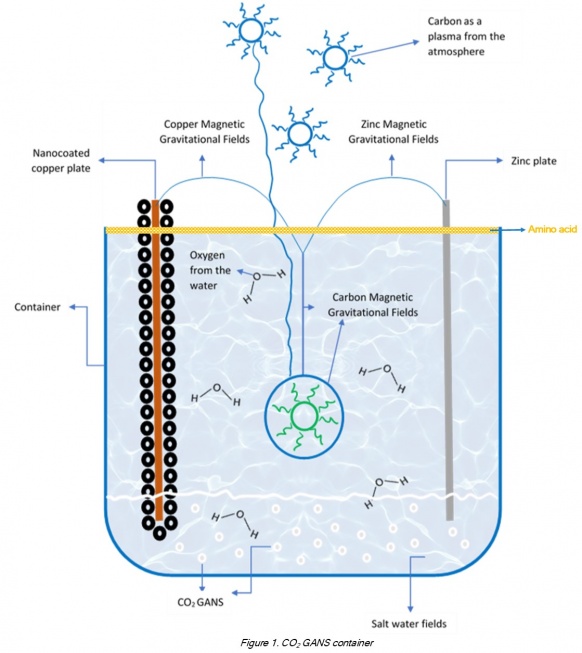 You keep on saying our body is made of DNA and the DNA in essence is the amino acid and if we have a DNA we must have a soul which is creating it and you keep on missing what sits on top of your box. Would you like me to show you what you can do?

Now you come to comprehend. I could have pulled this 10 years ago, but as I said, when we see the peace establishment, first steps of peace, we will give the man his freedom. It is not a carrot on the stick, it is his path to the Creator. The field which has created the amino acid itself is a plasma and in strength in essence has ray to what has created life, which is the Creator.

Now make GANSes, but understand what you make and when you do, do not get baffled by what we put in there as a magician to distract you not to see the reality of the magic.

Some of our doctors very recently, in the past year have started playing it but, they do not understand it really. We add amino acid into it but as they are so physical they could not take that next step. The next step that they could go through the amino acid and its plasma creation to create the balance soul of the man and the Creator. You will not achieved this until your soul is sincere in the direction of the creator. Just because you had a car it does not mean you can drive.

If you any of you have made GANSes, you understand that the amino acid does not have the matter physical condition as the GANS. That is what it is and in so many ways it gives you a better combination to understand how your soul is created. Not use the amino acid to make, to get to that, to reach the soul of the Creator.

That is where the problem sits. I explain to you something very simple.

When we showed the GANSes in the dynamic system, if you remember the size of the inner ball which became hollow, which become the principal matter the stays are the certain size. It becomes detached from the matter point even it is held by the matter to confirm its existence.

When you use the GANS of amino acid and it has to be a combination of it if you understand, then would the size of that circle opens up or would it reduce? In a way you look at the empty space. I call it a point of detachment. It has nothing to attach to confirm its existence.

It is the point strength of the Creator, does not need to have to show, it exists because its power shows.

You are looking at the empty space and some water and some copper and zinc. Now try some protein or amino acid of the GANS and see what that size changes. Then you understand and this is what I always say, it has nothing to attach itself so it is totally detached from totality and what you see in that Center is the soul of the Creator. With its power it holds everything else in order.

I am that point. Even in the dimension of physicality you do not understand. When you make a system you always looked at that empty space and I always said in the essence of creation and the Creator and everything he has created there is part of him and that is it, that is what it is.

Now you understand when in many teachings I explained you that the center of everything is the principle matter. When you come to this point of emptiness, nothingness, but having the power of controlling everything else around you, it is the existence of the Creator.

Now maybe some of you understand. That is your common denominator with the Creator. When you can make that circle large enough that it becomes the whole of the ball you might have reached the level of understanding of the work of the creation and the Creator. Whatever is outside that ball, which is the totality of the universe is the confirmation of the existence of man.

You always, all of you, went to fill the ball as much as you can where in reality when there is nothing in the ball and can dictate you will understand. This is the point, your point, your confirmation of your existence within the center of your soul in common with your Creator. This is what is in the center of every plasma, every neutron, every electron. Without it does not exist. You look for physicality to confirm the existence, he looks by not having physicality, to confirm his power.

If you look when you look at the shape the size the dimension of everything else outside it, what do you see? Balance, perfection. You do not see a little bit of the GANS over here, and a little in the middle and the others. It is spread equally. The waters which create that boundary to it, what we call the transition, is still perfect. All is in balance, all is in perfect shape.

When you look at the hollow center in the center of a ball with its correct conduct everything is in order. That is a sign of the Creator with not being, not having, not possessing, still being to be generous to give and to correct and to connect.

You have been looking for the soul of the Creator and it is there. You have been blind to it. It is within your soul.

If you look in the dynamic reactor you have that ball which is your skull. You have those elements of the material which up to now you kept a single copper which is the direction of the emotion layer, you call it blood of the man. That water is the brain of the man and that Center is the soul of the man.

Now you know you have found your Creator and this is the beauty of it.

The smaller it is, the more powerful it becomes. But it has to conform and confirm within the structure of the dimension of the matter state of its environment.