From Keshe Foundation Wiki
This is the approved revision of this page, as well as being the most recent.
Jump to: navigation, search
This article is part of the KF Plasma Times November 2018

The increasingly rising number of participants in Plasma Science classes among the Gĩkũyũ rural communities of Kenya shows there is a need for sharing the new scientific knowledge in native languages not only in Kenya but globally as well. 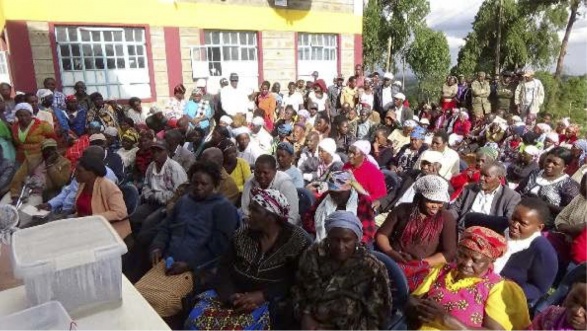 These classes are offered at no cost to participants, except perhaps their transportation cost and related expenses. Numbers of participants in Plasma Science classes for the Gĩkũyũ rural communities have increased over time from the initial 14 participants in the first session to reach over 300 that now attend each weekly session. A considerable number of participants also come from distant towns, cities, and other locations and include people who speak not only the Gĩkũyũ language but also other Kenyan native languages as well.

The renowned Iranian-born Nuclear Engineer who developed Keshe Plasma Science and Technology, Mehran Tavakoli Keshe, was first to discover the location of gravity. This discovery brought a completely new understanding of science and how matters are created in the universe. Mr. Keshe has published three books, The Universal Order of Creation of Matters, The Structure of the Light, and The Origins of the Universe, among other notable publications.

All his published works form the basis for teaching and learning Plasma Science that is now widely taught globally. Plasma Science is not only transforming lives in Kenya but globally as well. Basically, a spaceship science, it is applied in agriculture, health, Nanotechnology, the creation of materials, and information technology, among other scientific fields. By totally understanding how plants absorb carbon from the atmosphere, for example, Mr. Keshe designed technology that replicates a plant’s leaf for the effective capture of CO2 and other atmospheric gases in their Nano states (GANS).

A gas in Nano state, according to Mr. Keshe, is a new state of matter, where a gas molecule that becomes Nano of itself, appears as a solid state of matter (Keshe, MT, 2011. The Structure of the Light).

It is especially this GANS capture technology and application and the positive impacts of the captured GANS on both agriculture and human health that has generated wide acceptance of Plasma Science learning among the Gĩkũyũ rural communities of Kenya. GANS and their liquid plasmas are used to enhance human health and agriculture production. Common conditons such as diabetes, high blood pressure, kidney failure, vision problems, viral and bacterial imbalances, septic wounds and various body pains and swellings have been successfully processed and health of those affected enhanced. In addition, field experiments have shown improved crop health and enhanced agricultural productivity.

Of particular importance to the Gĩkũyũ rural communities’ Plasma Science class participants is that they are taught all the methods and steps needed for capturing various GANSes from the environment using hands-on methods that allow them to learn by doing.

These methods include nanocoating process and the proper making of copper wire coils for effective GANS capture. Class participants have therefore acquired practical knowledge of capturing and using various important GANSes and their amino acids.

They have also learned about the power of their own souls as well as the Keshe Foundation Ethos: “We are here to serve, and not to be served.”

The Gĩkũyũ language has also benefitted greatly as Plasma Science has brought new concepts and scientific words that are continually added to the language terminologies. For example, the new Gĩkũyũ word for GANS (Gases in Nano Solid State) is MĨMŨMŨ (Mĩrukĩ Mĩtuĩku Mũtuutu Mũmingiri), while the new Gĩkũyũ term for Plasma Science is “Ũthimũri wa Gĩkama.”

The teaching methods used in Kenya can easily be replicated anywhere in the world. These methods can also be improved and developed further to include distant participants. For example, with high-quality recording equipment, computers, and projectors, participants from any location in the world could join the classes through the internet, thus making such classes more available to the general public both at the time of teaching and thereafter.

In sum, the simplicity in capturing and using GANS, the GANS effective impacts on both human health and enhanced agricultural productivity, learning in one’s own language, and the sharing of Plasma Science knowledge freely without cost to participants have all contributed to the increased Plasma Science learning interests and rising number of class participants among Kenya’s Gĩkũyũ rural communities.

The following figures show increasing attendance and some of the Gĩkũyũ rural community participants’ learning activities. 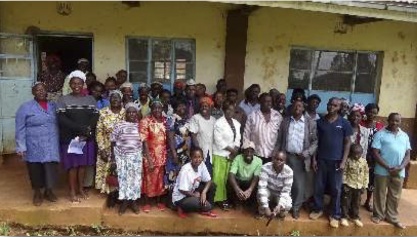 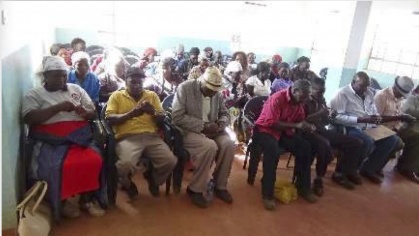 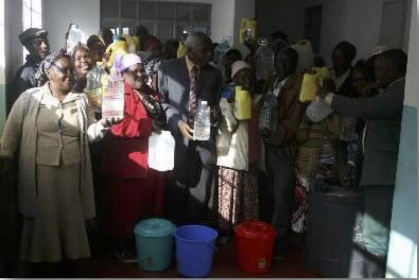 Fig. 3. Kenya Plasma Science participants sharing CO2 liquid plasma in their classroom in May 2018 (they make and share about 1,000 liters of liquid plasma every week). 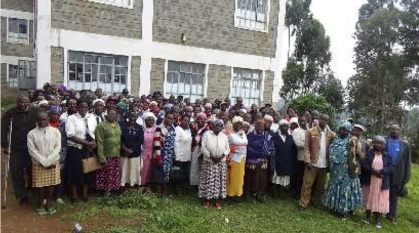 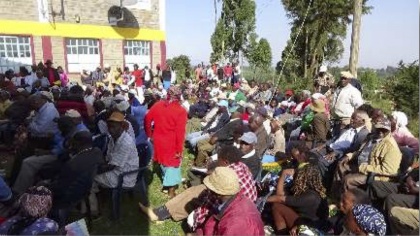