This article is part of the KF Plasma Times September 2018 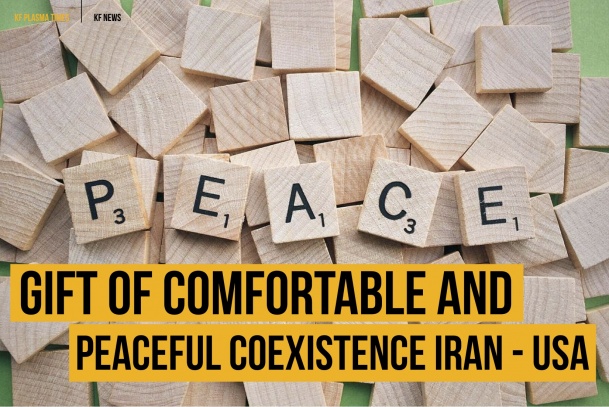 As Mehran T. Keshe has announced on 2nd of August 2018, together with the Earth Council of the Keshe Foundation a letter was drafted, signed and sent to the President of United States of America, His Excellency President Donald J Trump, as well to the embassy of Iran and multiple other embassies around the world.

In the letter Mehran T. Keshe extends an invitation on behalf of the nation of Iran for the meeting with Donald Trump, to reach an agreement for world peace.

“Following your announcement of last week that you would meet anywhere and anytime, without any preconditions, the nation of Iran would like to invite you to meet with us in Tehran, Iran, anytime in August of 2018.”

“As an Iranian leading nuclear scientist and the initiator of the last peace talks in Brussels on the 15 November of 2012 between Iran and United States of America, which led to the 5+1 agreement in private discussions. In that meeting with your officials, by request of His Excellency President Obama, we stopped the thirty-year war between our nations and started a dialog that led to the first steps of talk and peace between our two nations.

Now, you see amendments which are needed to the last agreement reached, maybe you are right, maybe we need to satisfy each other’s sense of insecurity to move both nations to new levels of understanding.”

“My offer to you and your nation is as follows:

In your visit to Iran, we will open all our nuclear facilities for you personally to visit. This means unconstitutional transparency as I offered the last time, and my government followed it through. We will allow you and your team to choose any site, which you and your national security team would like to visit, to be opened within and during your stay in Iran.

When one sees the truth, one cannot be afraid of the truth. This way we lay aside all your fears of Iran’s capabilities.”

“That by the time of your return to your nation from your visit to Iran and a reciprocal visit of the Iranian leader His Excellency President Rouhani in September to the United States, our scientists jointly will awaken at least 10 Americans and 10 Iranian nationals from the sleep of life in coma using the new plasma space technology.

The gift of life to one man is the biggest gift from one person or nation that one can ever give to another man or a nation. With this gift and hospitality from Iran, we shower both nations of ours with the biggest gift of all, which is the gift of life and trust in our abilities to solidify and strength the arms of peace and the brotherhood of man. No man or even the world leaders cannot refuse such a gift, even if it is offered to one of its nation’s animals, let alone to ten of its citizens.”

Find the full letter on the Keshe Foundation Website: