This article is part of the KF Plasma Times January 2019

By Keshe Foundation. Credit to http://www.kbc.co.ke/ 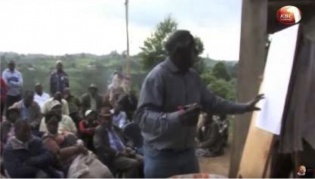 KBC Channel 1 is one of the leading broadcasts TV stations from Kenya with the aim is to promote the value and culture of the country.

Recently the media has turned its attention towards the teachings that Dr. Gatua wa Mbugwa, Universal Council member for Gikuyu language, freely delivers to Kenyan community.

“We learn how trees harvest or capture CO2, carbon from the environment — and we do the same. If you have a wound, which is a septic wound caused by a bacteria, bacteria is made of the same plasma, it is plasmatic.

So the stronger plasma in terms of magnetic gravitational fields give to the weaker and then there is a balance. That in effect means that bacteria may still be in there but it is ineffective ” Dr. Gatua responded to the interviewer. 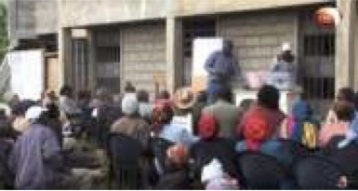 There are hundreds of people travelling each week to the place of teachings with the open heart to listen, learn and understand how to apply the knowledge by themselves.

Not only that the classes are free for everyone to join, but at the end of each teaching, nobody leaves empty handed. They all receive plasma water to which many have attested for its effects in various applications.

During the 256th Knowledge Seekers Workshop on 27th of December 2018, Mehran Keshe addressed a question to Dr. Gatua asking to guide the rest of us how to teach the way he has taught, to have the knowledge and experience shared, how to use the new interactions to teach mankind. Here is his response:

“I believe you have taught us exactly how to do it. It is using the new ethos, Keshe Foundation ethos, that we are here to serve and not to be served. 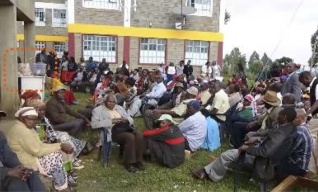 What I have done in Kenya is establish a group of participants and before that I used to give my liquid plasma that I made at home, freely, to a lot of people.

They saw the effectiveness of that liquid plasma, CO2, CH3, ZnO. And I would teach them freely, without charging them.

So when I started a group, I taught… we started with 14 participants. In the following week more came; soon we were teaching hundreds.

In fact, at one point we reached 500 but usually we have 300 and the last time I taught , when the newspaper, TVs came around and interviewed us we had 306 participants.“

“They have come from various places, after learning through word of mouth. When we give this liquid plasma freely to people; in fact we made 1000 liters at this place where we teach. So when we have about 300 people in attendance that means at least each one can carry 3 liters.

But now, those I have taught, because I started this group in January 2018 they do not necessarily need to carry from this center because they can make theirs. In fact, when I begin teaching they come with their GANS that they have made at home so I tell them — they ask me: Is this correct? Is this good? - and I tell them based on the color .

It has just grown by word of mouth. We started getting participants from far away places in Kenya, as far north as Lodwar which borders Sudan, we have one making GANSes there.

We teach freely, we do not charge a thing and through the word of mouth people tell what they have seen, what they feel, how their health has improved, how they are using it for agriculture, so they just come. 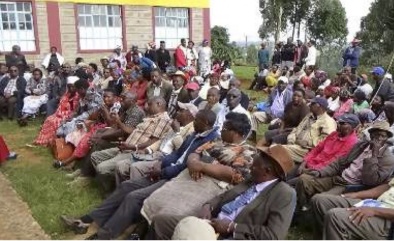 Now with the latest advertisement in the national television station, Kenya broadcasting television which interviewed us last week we expect to grow even more, maybe we will have thousands.

And when they ask I say: Come! You are all welcomed. So that is the progress I have made.

What has worked is the effectiveness of the liquid plasma that we share and the fact that I show them how to do it themselves.

Instead of giving them fish, I show them how to fish. This is exactly what has helped grow this movement.

Once they realize we are serious, we do not charge them anything, we want them to learn they come.

And basically I know that can be done anywhere!

Thank you very much Mr. Keshe for teachings us this ethos which we have put in practice in Kenya!”

Thank you very much, Dr. Gatua, for all the inspiring work you are doing to share the knowledge.